There is an old adage that is used a lot in popular culture: “The definition of insanity is doing the same thing over and over and expecting different results.” The constant refrain from those riding the Trump Train is “We must vote for Trump, because ideological conservatives can’t win a general election, and only Trump can beat Hillary.” When ideological conservatives object to this hilariously bargain bin argument, the Trump Train shouts back while stomping their feet, “He’s better than Hillary!“, and then they accuse us of somehow “voting for Hillary” if we don’t agree with their toddler argument.

Considering there are incarcerated felons, right now, that are “better than Hillary“, the Trump Train will have to forgive ideological conservatives if we don’t find that argument particularly compelling. Instead, let’s focus on the insanity of voting for yet another moderate Republican candidate, for the same reasons, and yet expecting a different result, because, let’s face it, voting for Trump simply because he is the GOP nominee isn’t doing anything different. It’s doing exactly the same thing we done every election for 25 years.

The Republican Party has lost 4 of the last 7 presidential contests, and it looks very much like we are headed for another loss this year, for a grand total of 5 losses in 8 contests. Of the 6 Republican candidates, only 2 (Bush Sr. and Bush Jr.) have even won an election. Only 1 (George W. Bush) has won a second term. As it looks like Trump is going to lose in a landslide this year, the Republican Party will be batting 1 for 6 successful two term presidents, because the only reason George H.W. Bush was elected was Ronald Reagan.

All 6 candidates since Reagan have been “the only ones able to win in the general election” and, coincidentally, also “the only ones that could beat Michael / Bill / Al / Barrack / Hillary.“So, we’re so very glad “political geniuses” are here to tell us who can and can’t win. If you weren’t wrong between 63% and 83% of the time, we’d have a lot more confidence in your predictions for this year. As much fun as wasting precious days of our lives pushing a repugnant, center left moderate Republican in another doomed election would be, we ideological conservatives have better things to do.

Such as doing something we haven’t done before (or at least in 160 years), like founding a new conservative political party that actually represents our values, for instance. That would be doing something completely different and allows us to expect a different result. 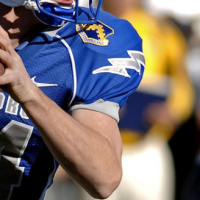