In early 2016, the Natural Environment Research Council of England asked the public to name a $196 million dollar arctic research vessel in an online promotion bluntly titled “Name Our Ship“. The name that ultimately received the vast majority of votes was, of course, “Boaty McBoatface“. Naturally, the NERC disregarded the results of the poll and instead named the ship after famed naturalist and commentator David Attenborough.

As a consolation, however, one of the ship’s unmanned submersibles will proudly bear the moniker “Boaty McBoatface“. Though this is hardly the first time presumably rational people turned to the general public for an opinion and instantly regretted it, it will surely not be the last, but this example (and many others with equally ridiculous results) reveals the inherent problem with going to the public for an answer of any question.

Despite all evidence that demonstrates just how bad an idea it is, our nation still entrusts the selection of our nation’s political and economic fortunes to the same men and women who couldn’t be trusted to name a boat. Seriously, though, why does it seem like a good idea to entrust political franchise to people who can’t even accurately answer what the candidates on the ballot are expected to do?

[The spirit of party] opens the door to foreign influence and corruption, which finds a facilitated access to the government itself through the channels of party passions.
– George Washington

It’s exactly this proletariat politics that led to the peasant revolts in Russia and China that brought about the rise of Communism and initiated a century of bloodshed, poverty, tyranny, and pointless cultural antagonism with the west. Uneducated peasants and workers of Cuba and Venezuela chose loud and categorically stupid strongmen whose policies have condemned their countrymen to economic ruin.

Even though the philosophical justification behind democratic processes are morally sound, thanks to the very same brand of proletariat politics that has people eating out of garbage cans in a country that has more oil per capita than practically any nation in the western hemisphere, our elections have become every bit a farce of naked prejudices and empty populist rhetoric, appealing to the lowest common denominators of our society.

If our pluralistic society’s well being depends on elevating candidates who are morally sound and philosophically fit for the office and stopping those who aren’t, then the results of the last two years are clear evidence that, even if there are candidates who are, in fact, morally sound and philosophically fit for office, the American public isn’t choosing them, and, worse, aren’t demanding better.

In individuals, insanity is rare; but in groups, parties, nations and epochs, it is the rule.
– Friedrich Nietzsche

What is the solution? That’s an incredibly complicated question, and one that I don’t suggest I have the definitive answer for. The best I’ve come up with is a lottery system, selecting electors in the same way we select jurors. These electors are drawn from a pool of potential voters from all individuals who have completed even a basic civics course offered as part of a normal secondary education.

Only individuals who have a High School diploma (hypothetically evidence of having taken this series of courses in civics) would be eligible to be an elector, consistent with the principles of the 15th Amendment and 19th Amendment. These groups of as few as 100 and as many as 1,000 (or more if necessary) electors would have direct access to question and challenge all political candidates on all issues at stake in an election.

No more uninformed voters. No more last minute name recognition voters. No more proletariat politics. Is this the best solution to the problem? I don’t know, but almost any electoral system would be better than the mess we have now. 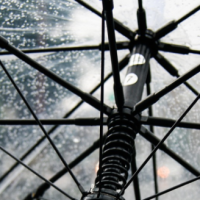