In Book VII of Plato’s Republic, he relates a conversation between Socrates and Glaucon, another of Socrates’s pupils, about the experience of knowledge, specifically the conflict between those who only the illusion of knowledge (experience) and true knowledge (gnosis). In this “Allegory of the Cave“, Socrates describes a hypothetical group of captives, bound in chains, their heads restrained so that they can experience only shadows playing on the wall. They are fooled by their unseen captors into believing that these shadows are real. They are rewarded with accolades when they believe this worldview, so they soon compete with each other who can best interpret the images on the wall and then extrapolate what those images portend.

Then Socrates describes one of their number being suddenly freed by their captors, taken against his will behind the curtain, so to speak. This prisoner is forced into contact with new information, confronted with a reality, until he is finally exposed to the real world that exists outside of his limited experience within the cave. At first the man is unwilling to accept what he sees as real, blinded by the painful light that assaults his eyes, clinging stubbornly to what he’s known his entire life, having been regarded as “knowledgeable” and “wise” among his peers, but, eventually, he comes to accept that there is a much larger world beyond the cave, that there is an entire universe of sky, stars, and the sun beyond the darkness within the cave.

At last, Socrates describes the man’s hopefulness to free the other captives from the cave. The prisoner rushes back into the tunnels, stumbling clumsily, now as blinded by the darkness as he was initially by the light. When he finally reaches the other captives, he tells them about the universe beyond, how much more there is to learn about the world. Instead of being excited and curious by what their one time friend has to say, the captives start to ridicule him, then to insult him, and then, finally driven to anger, to seek to harm him. This, Socrates teaches, is the nature of man, choosing to be captives in a comfortable prison of ignorance over being humble but free men hungering for true knowledge.

“I cannot teach anybody anything, I can only make them think.”
-Socrates-

Socrates’s “Allegory of the Cave” should sound chillingly familiar to the state of American political discourse today, and, no, the captives are not just “the Democrats!” or “the Republicans!“, it’s both of them. At this point, Americans on both sides have become zealots living in their respective bubbles of information, each with approved and forbidden speakers and teachers. The left gleefully tries to silence speakers from the right, such as Ben Shapiro, and even those who have merely “consorted with the right“, such as Christina Hoff Sommers. Both (and many others) are regularly targeted for boycotts and protests for even attempting to speak inside the left’s bubbles.

Those ostensibly on the right, however, have become just as enthusiastic at insulting and discrediting anyone they perceive as being “on the left“, such as Jon Stewart or Dave Rubin, and they hatefully attack anyone who has “consorted with the left“, such as John McCain or Ben Sasse, often for merely rhetorically opposing Donald Trump. They try to discredit media outlets that report practically anything contrary or even just inconvenient to their political agenda with the insinuation of “Fake News“, and they have become as thin skinned as a bubble.

On CNN (and other leftist media propaganda outlets), panels of experts with important sounding titles discuss daily, in heated and serious tones, the implications of any scrap of news regarding the Trump-Russia scandal. As the news has broken that Hillary Clinton herself may have had questionable ties to the so called “Steele Dossier“, CNN has largely positioned it as being merely a component of the larger Trump-Russia election scandal. On Fox (and popcon talk radio echo chamber), the focus is instead on Clinton’s Uranium One deal, and they are now repeatedly trying to implicate that the Trump-Russia election scandal is merely a manufactured diversion from the Clinton email scandal.

“Let us not seek the Republican answer or the Democratic answer, but the right answer.”
-John F. Kennedy-

It’s time to burst everyone’s bubble and force them into the sunlight, even if they run shrieking back into the comfortable captivity of their caves and safe spaces of their bubbles. Whether Hillary or Donald did something wrong does not make what the other person did any less objectionable, immoral, or illegal. Their scandals are not mutually exclusive. It is literally true that both Clinton and Trump could, in fact, be guilty of “high crimes and misdemeanors” against their country and countrymen and thus deserve to be punished to the fullest extent of the law, up to and including actual (not allegorical) imprisonment for the rest of their wretched lives.

Regardless, partisan polemics must end. The presumption that one side is “good and right” and the other side “evil and wrong“, based solely on political affiliation, must end. Instead, our political discourse should be based on fact, not suspicion, and truth, not supposition. There is room for philosophical discussions of political truths, at least what few truths there may be in politics, but there isn’t room for ignorance or blind zealotry in politics. Our nation was founded upon self evident truths, born of the necessities of Rationalism and Pluralism, and it can be equally true that Donald Trump can be on the correct side of a particular issue and still be objectively morally reprehensible and unworthy of his office. The exact same can be said for Hillary Clinton.

Being so bubble skinned that a person will stop listening to another, within minutes, simply because the other person holds a contrary opinion is not rational, is not pluralistic, and is not American. Grow up, America, because this is pathetic. 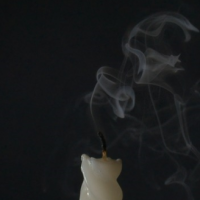