In European history, the centuries after the fall of the Roman Empire (476 AD) and before the Renaissance Era (1300 AD) are known by a few names: the Middle Ages, the Medieval Period, or, most ominously, the Dark Ages. Where once was an empire stretching from the coastal tip of Spain to the fields and forests of Poland just a few centuries earlier, teeming with commerce and philosophy, lay a chaotic and pillaged land, cursed by ignorance, plague, and superstition.

The accumulated knowledge of the Roman Empire, including the ancient writings of Plato, Aristotle, Marcus Aurelius, as well as the histories of Tacitus and Livy, once widely taught across the Empire, only survived in remote monasteries or in the remote and decaying Byzantine Empire. Small, disconnected, uneducated and uncivilized communities dotted this barren land, in the shadows of the marvels of the Roman engineers and thinkers.

Aquaducts that once carried clean, potable water for literally miles from springs and other water sources to cities near and far were torn down, providing building material for villages and hamlets. The people regressed to basic sustenance lifestyles, armed only with rudimentary tools and local folklore. There was no time for learning or philosophy, only toil and, frequently, death, as this was the age of warlords and constant fighting between often poorly organized and only rudimentarily supplied forces.

So benighted were these petty warlords across Europe that they hadn’t even managed to rediscover the concept or title of king, so these battles became nothing more than savage martial contests between loosely affiliated tribal groups who shared common languages and, more often than not, familial bonds. In practical terms, at least when compared to the complex systems of laws and governance that existed during the imperial age, there wasn’t even a government among them.

Conflicts that could scarcely be called wars were fought. No permanent gains were made, and few even care to remember what the feuding was about or even who won. The man and woman in the field was born ignorant, lived ignorant, and died ignorant, without the intellectual language or philosophical frameworks necessary to question their pathetic existence, to improve their lots, let alone to quantify nor qualify such rarefied concepts as rights and social morality.

Have no pity for these pathetic people, however, for their forebears rejected the language and art of their own forebears, choosing instead tribal vendettas over societal compromise. Whenever an opportunity for lasting peace and understanding arose between tribes, these vicious rubes clubbed it until it stopped moving, without mercy or hesitation, then clubbed it some more, just to be sure. This, friends, was the height of the Peasant Mind.

“In individuals, insanity is rare; but in groups, parties, nations and epochs, it is the rule.”
–  Friedrich Nietzsche

Undoubtedly, to many, the phrase “Peasant Mind” will seem no small amount patronizing and more than a little incendiary, and I will not here contend otherwise. It is, on both counts, guilty as charged. That point conceded, it is, however, without any question as direct and honest a description of the sort of pedestrian thinking that has historically infested societies, even great civilizations, and always, inevitably, inexorably, led those civilizations into catastrophe and then collapse.

There are, friends, two fundamental truths. The first is that societies are elevated by the contributions and discoveries of the best and brightest among us. The second is that societies are ever held back by the dead weight of the stupid, the foolish, and the villainous that is the rest of us. Uncharitable as this may sound, it, too, is an honest description of the character of the Peasant Mind, because, when given a choice between an uncomfortable truth and a familiar falsehood, the Peasant Mind will always select familiarity over truth.

For the Peasant Mind, confirmation of what they believe the world to be is far more important than the acquisition of new knowledge, because, by and large, new knowledge does not often change their lives in ways within their very limited understanding. Why does the Peasant Mind choose false and familiar over factual and foreign? It boils down to a very simple idea: the Peasant Mind would rather be a king among sheep than a pauper among lions.

Like some kind of demonic sheep, the Peasant Mind will form vast herds, occasionally fighting meaningless battles of temporal dominance, always, however, enforcing a tyrannical, coercive social conformity. Through fear and sham, they will cow the rest of the herd into submission and will fight hoof and horn against challenging ideas that threaten their status quo, whether they come from without or within. They will suffer and bleed to maintain their universal ignorance and illusory authority.

“We order that by a public edict the book of DIALOGUES OF GALILEO GALILEI be prohibited, and We condemn thee to the prison of this Holy Office during Our will and pleasure.”
– Sentence of the Tribunal of the Supreme Inquisition against Galileo

The tyranny of the Peasant Mind finally began to come to an end after eight long centuries of that saw the encroachment of the grand Jihad, the response (and fiascoes) of the Crusades, the fear of the Inquisitions, numerous plagues, and almost endless war. The Age of Reason dawned on Europe, slowly, painfully, and methodically lighting one light after another, driving back the Dark Ages, like a vampire before a flame, into the annuls of history.

The Renaissance brought with it a rediscovery of the science of medicine, philosophy, science, and art of the ancient world, which had lay dormant for so long first for protection of those ancient texts, then out of fear of what they meant. Humanity and civilization once again awoke from its long slumber to rediscover statecraft and, with it, the advancement of society and culture that began an exponential expansion of human knowledge and understanding.

Let’s not misunderstand, the Peasant Mind was not slain by the advance of reason. It was simply caged, put in its proper place, ignored and marginalized, but it did not go to its corner without a fight, and it does not sit quietly in its cage. The Peasant Mind has always been restless, always gnawed at the bars of its cell, hissing and bearing its teeth at the bright lights of civilization and discovery. It has tirelessly tested the length of its chains and the strengths of its cage, century after century.

And, at last, friends, its cage, filled with the excrement of its hate, its ignorance, and its base anonymity at all things novel and new, sits empty. It is loose among us. Because of the vagueries of our political system, specifically the political doctrine of “democracy” that the Founding Fathers properly feared and suspected (not because it was new, but because it failed). Free of its bonds, the Peasant Mind has reformed its vast herd of angry, ignorant, and fact fearing sheep, and, through our electoral process, elected men and women who echo their mewling insanity.

Again the Peasant Mind threatens the light of civilization with the darkness of ignorance and the death of curiosity. They have chosen their champion, an orange ram of blithering anti-rationalism. To save civilization, that ram must be revealed for the fraud it was, and, gelded before the entire nation. When he is led into a cage, bleating impotently until his end, only then can the Peasant Mind be chained and corralled with him. 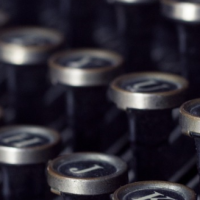 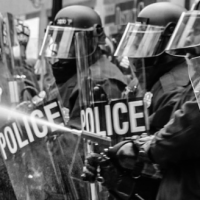 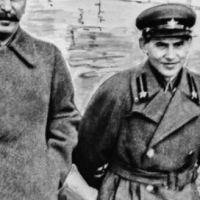 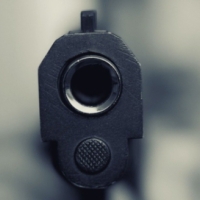