Remember when Ann Coulter said that Donald Trump could perform abortions in the White House so long as he delivered on his immigration plan, which, at that time, was full deportation of all aliens in the country illegally? Well, that’s changed pretty drastically in the last 24 to 48 hours, as Donald has completely retreated on his “Get ’em outta here!” plan, replacing it with a much more flaccid “well, maybe just the bad ones have to leave, before they come back” plan identical to the “low energy” plan of Jeb Bush.

Ann Coulter had just flown out of her cave on her broomstick brandishing her brand new book “In Trump We Trust“, just in time to run smack into Donald’s flip flop. Despite this most recent incoherent campaign pivot, Ann’s trying to salvage at least a few pages of her book by pointing out that the wall will still likely be built, but she seems to forget that we’ve already learned that “shovel ready” doesn’t actually mean anything, and the construction of any wall wouldn’t even start for years. And, no, Ann, the Mexican government is still not going to pay for it. Sorry.

It’s obvious that the Trump campaign for the White House is unraveling before our eyes, though I don’t know if the inevitability of defeat has fully registered with either Ann or Don yet. I’m not even really certain who, exactly, this shift in immigration policy was supposed to appeal to. The Hispanic voters who have at least a dozen other reasons not to vote for Donald? The moderate GOPers that were already holding their noses and voting for him anyway? Bernie voters? At this point, there can’t be anyone rational that still believes anything that comes out of Donald’s mouth. Seriously, can there be?

Regardless, Donald Trump held a rally in Mississippi featuring Nigel Farage of Brexit fame, and people showed up, whether they are rational or not is yet to be seen. In a clearly desperate attempt to hitch his flaming dumpster fire of a campaign to the momentum of a political victory from two months ago in England (of all places), I am rather nonplussed as to how exactly the British exit from the European Union ties into Donald Trump’s rather incoherent economic and foreign policy.

I’m fairly certain that Farage wouldn’t back Trump’s adolescent mewling about pulling the United States out of NATO. I’m also pretty sure that this was not brought up when the campaign was booking him to speak. But, really, what exactly does Brexit or Farage have to do with Donald Trump’s campaign for the White House? Even after watching Mr. Farage try to draw parallels between voting for the quintessential crony corporatist Donald Trump to the Brexit campaign, the only legitimate take away seems to have been “don’t worry about the polls!“

As of August 24th, Donald Trump has a lead in exactly zero of the battleground states he needs to win in order to get to 270 electoral college votes and win the White House. In Pennsylvania, New Hampshire, and Virginia, the invincible Donald Trump is behind by effectively double digits. Those three states alone insure Hillary an easy victory in November. Ohio and Florida are both presently comfortably in Clinton’s favor, at the very edge of the margin of error of 3.0%-4.0%. In Michigan, Clinton has a 7.3% lead in polling. North Carolina is closer, with Clinton at only 1.7%, but the last time Donald won a poll there was the end of July.

So Farage came all the way over from England to demean a nation unshackling its economy from the continental hegemony by comparing it to a serial philandering slanderous rodeo clown who has managed to offend the sensibilities of half of his own party and practically everyone else at the same time? And what does Nigel suggest they do to overcome the polling deficit? Put on their walking boots and making party loyalty patrols, intimidating dissenting voters into line? In Mississippi of all places, a state safely for Trump? Why wasn’t this speech given in a battleground state where it would have been far more effective? Yet another Trump misfire.

This can only end in tears. 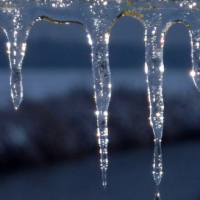