As a hard rain hammers down on the marble and pavement in the last light of the sun set in late evening, a solitary figure marches patiently and silently, back and forth along the same trek. He walks 21 steps along a black mat, stops, then turns to face eastward. A few moments pass, then he turns again, waits, then marches 21 steps back along the black mat, stops, then, again, turns to face eastward. Many times over the course of the hour he walks patiently across this same path. Never saying a word. Never lowering his weapon. Never disregarding his task for a moment.

His task is to act as sentinel of the remains of four American men, killed in action during the First World War. In the chaos of war, their names as well as their lives were lost to history, like so many others in wars before and since. Their sacrifice to their country was complete. Their guard, regardless of the hour, treats the duty of guarding these men with the solemnity that it demands, as it is the least a country can do to repay men who sacrificed even their names in service their countrymen.

It is said that “to everything there is a season“, and for all things, there is a proper time. This wisdom applies to all matters, great and small, for every strata of human society. There are some things that are simply universally sacred, even for the wild eyed iconoclast, there are some lines that should not be crossed, some wrongs that can never be tolerated. These rules apply even more rigidly to those who possess the laurels of power, leading nations through times of peace and of turmoil, because nations are defined by solemn rites and traditions.

A wise and prudent leader, even more so in a liberal society where all men and women are moral equals, understands that there are moments, occasions, events, and people whose gravity exceeds even his office. Whether that time is when a widow mourns for her fallen husband, or when the fate of a man is being decided before a military tribunal, or when a man appointed by our nation’s Department of Justice pursues the mandate of his office as special counsel, a wise and prudent leader knows not only what not to say, but when not to say anything at all.

There is nothing wrong with electing a president who “speaks for the people” to redress long suffered wrongs that goad the people and to a government that has clearly become too insulated from the will of the people. However, there are still matters, rites, and traditions, which cannot be disregarded as mere formalities, where even righteous anger must be buttoned down. For these times, a wise and prudent leader can and will observe silence. In this season of great political angst, we desperately need that leader.

It has become abundantly clear that we do not have that leader.

Liberty is For The Win 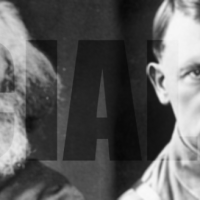