After his reelection in November 2006, George W. Bush’s presidency remained constantly embattled over the US occupation of Iraq and Afghanistan. His approval numbers dropped below 50% in mid-2005, beginning a long and painful slide throughout his second term as president. Things did not get really bad until 2007, when the economy, which had until that point been more or less expanding, began to show serious and deep systemic weakness.

As the subprime mortgage crisis inserted itself with a crash into the American daily lexicon, Bush’s approval numbers dropped below 30% for the first time in the middle of 2007. By 2008, only 25% of Americans approved of Bush’s job performance, as grim casualty numbers continued to roll out of Iraq coupled with hemorrhaging job numbers in the U.S. economy.

Without the support of increasingly timid Congressional Republicans fighting for their political lives in the wake of the president’s collapsing popularity, George W. Bush’s legislative agenda became increasingly reactive, easily undermined by the Democratic controlled Congress. In every sense, George W. Bush spent more than half of his final presidential term as an ineffective lame duck long before the 2008 elections.

“The government sometimes … adopts
through passion what reason would
reject; at other times it makes the
animosity of the nation subservient
to projects of hostility instigated by
pride, ambition, and other sinister
and pernicious motives.  The peace
often, sometimes perhaps the liberty,
of nations, has been the victim.”
-George Washington-

Trump is now in the same situation George W. Bush found himself in 2007. While Bush accomplished many of his campaign promises during his first term, he still had much unfinished business. He had planned on serious regulation reform, on making his 2003 tax reform permanent, on putting an end to the inheritance tax, and on other conservative platform agendas. With the support of just 1 out of every 3 Americans, however, Bush’s agenda were dead on arrival in Congress.

With only 34% of Americans supporting his agenda, how exactly do Republicans expect Trump to achieve now what he could not when he was at 45% approval? It’s time for Americans to accept a simple fact: Donald Trump is a lame duck president. Trump has no more chance of getting his political agenda through Congress now than George W. Bush did 10 years ago. There is only one sensible recourse at this point.

The interests of the nation demand a change in leadership, and, to be frank, a Pence presidency couldn’t possibly be any worse than the circus that Trump’s presidency has devolved into. Whether it be through resignation, impeachment, or declaring him unfit via the 25th Amendment, cut the cord. 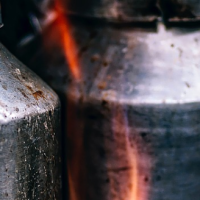