The incessant screaming grows ever more shrill as the election draws closer, and the shadow of doom predicted months ago finally finds the Trumpian Tower of Babel. As the darkness of its own corruption washes over its tumorous bulges, the edifice begins to crack and crumble, and those who worked so hard to build up an unworthy man become confounded and their speech incoherent, without sense or reason. Doing what is right becomes wrong. Doing what is wrong becomes right. Finally, there is a shout from Gamorrah that no standard of good or just matters at all, and the great and terrible tower crashes to the ground.

Now we find ourselves talking in two tongues, one the language of political expediency, justified by political necessity, and the other the language of philosophical necessity, without which our very identity becomes meaningless. The very same political tongue that shamed the behavior of the likes of Anthony Weiner and Bill Clinton justifies the exact same behavior by Donald Trump. For us that were unwilling to ignore such obvious moral lapses and cry foul, there has been no mercy. We have been driven out into the political wilderness.

This change is unsettling and intimidating. After all, life in the political hinterlands asks much of those who will yearn for the comfort of one time friends and allies who became persecutors and foes. The adjustment requires a moral fortitude that breaks the back of lesser hearts as well as a bleak humor that many people simply cannot appreciate. It is, however, when you’ve lost everything that you truly begin to appreciate those things which have real and lasting value, and it is only then you discover what you’re willing to fight tooth and nail, life or death for.

“You used to laugh about
Everybody that was hanging out
Now you don’t talk so loud
Now you don’t seem so proud…“
-Bob Dylan, Like a Rolling Stone-

In September, Gallup polled Americans regarding their Satisfaction with the United States and found that 70% of Americans were dissatisfied “with how things are going“. Rasmussen found similar results in their October 9th-13th Right Direction or Wrong Track poll, with 66% of Americans feeling that America is on the wrong track. With about 2 out of every 3 Americans feeling unhappy with life in the United States, many people were looking to this election for positive change.

No matter who wins, with Donald polling at 61%  Unfavorable and Hillary polling at 52.9% Unfavorable, a great deal of angst will remain after the election, but as election day nears, Donald’s loss remains the least unpopular and most likely outcome. With his failure to win even one of the debates against Clinton and all of the October surprises that we knew were coming, Donald’s popular support among uncommitted voters has continued to crumble. At the same time, Hillary’s base has continued to grow and solidify. This means, of course, that Hillary will be our next president. Despite our best efforts as conservatives, the worst case scenario has come to pass.

Enjoying this article?
Consider becoming a Patriot Patron for only $1.00 a month.

It is bad. It is very bad. But is it all bad? As dangerous Hillary Clinton’s political ascendancy could be for the cause of Liberty, Trump’s loss may actually work in favor of conservatives caught on both sides of the Trump divide. Without the pressure of supporting the most unlikable presidential candidate in living history, those conservatives who chose to back Trump are no longer at cross purposes with us who remained against him. We won’t be split between those who are “in” and those who are “out“. We’re all outside looking in now, which puts us into an unusually powerful yet precarious position.

“When you ain’t got nothing, you got nothing to lose
You’re invisible now, you’ve got no secrets to conceal…”
-Bob Dylan, Like a Rolling Stone-

Forced to face a doom of their own creation, some of the men and women who succumbed to nationalist pride are getting a bitter lesson in very simple arithmetic: “Every vote is needed.” While many will continue to listen to emotional voices of contention rather than measured voices of reason and will blame Donald Trump’s loss on principled conservatives who refused to bend a knee, there are still many who will finally realize that Donald’s own actions, words, and tenor had more to do with his loss than our principles.

Instead he turned a good and decent country’s political system into a vicious cut throat reality show, taking the candidacy via the low road of undermining everyone else. For the first time, many among his supporters may finally realize this, so it is crucial we start turning the corner and begin the real work of creating a positive message that will bring these people on board with us for the sake of the country. We need Donald’s supporters to understand that we want to restore our country as much as they do, but we understand this requires reacquainting ourselves with the blueprints left to us by its architects.

Yes, we must continue to tell the truth about Trump, but we must do so without malice or vitriol. This will be hard, because there remains hard feelings between the factions, and this has fueled a cycle of brutal partisanship. We’re past the point where we have to defend our conscience. Anyone that doesn’t get that by now is never going to get it and is useless to our movement anyhow. Frankly, we’ve got nothing to lose anymore, and everything to gain now, so there’s no reason to waste time on these people.

For the good of Liberty, let’s seek to be the messengers of Liberty that Liberty deserves. 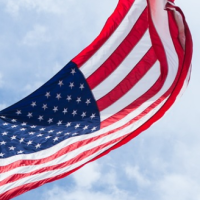