“If you’re not ready to die for it, put the word ‘freedom’ out of your vocabulary.”
– Malcolm X

It’s too easy to dismiss a man’s death when his last minutes are spent shambling around in traffic, his pants down around his ankles, attacking passing cars at random. However, there does seem to be some gentler time when such an event could happen, and such a man would have men and women who knew him intervene on his behalf, take him into the comfort of their homes and resolve the situation in some other way, but that time seems conspicuously to have passed. For now, we live in the world we now occupy, and he was gunned down by a police officer instead.

There, too, seems to be some gentler time when a police officer shot a man, there was a general presumption that he did so for good reason, such was the faith in those who wore the badge in service of their community. That time also has also conspicuously passed, and, living as we do in the world that we now occupy, there comes an unsettling suspicion and a second guessing by the court of public opinion, without understanding the full context of the events or even an investigation of any kind.

In a cloud of accusation and hysterical reaction, almost always by both sides these days, the actual particulars of the tragedy become less important than how various political factions can twist them to their own agendas. Rumors and propaganda spread like wild fire, consuming all reason and common ground in its path, until groups of people are standing on opposite sides of a line, being absolutely wrong at each other at the top of their lungs until they are hoarse. This is what’s become of civil discourse.

What we, as a society, have lost track of is that a man’s life has been lost, and we have an obligation, especially in the social climate of today, to understand why he is dead, even if it means we have to come face to face with uncomfortable truths not only about this event but with ourselves.

“There is nothing more dangerous than sincere ignorance and conscientious stupidity.”
– Martin Luther King, Jr.

Danny Ray Thomas (Houston, TX), Stephon Clark (Sacramento, CA), Alton Sterling (Baton Rouge, LA), and so many other unarmed men have lost their lives to the very men and women who have ostensibly sworn a duty to protect them, and now the White House, in a remarkable reversal of its previous public policy statements, now suggests that black violence is a local matter, not a federal issue, which should come as a surprise to Chicagoans. While it would be hysterical to call these shootings endemic or systematic, but they are very clearly widespread and even one unjustified shooting is one too many.

Sadly, in too many American communities, the police are no longer seen as defenders of the public peace but as foreign invaders there only to force the locals into submission to the generational tyranny of incompetent “municipal planning” imposed by bureaucrats who are too often as corrupt as they are inept, all the while lording incredible power over desperate communities where bureaucratic interference, oppressive taxation, and petty small mindedness have eliminated anything vaguely resembling standard market models.

Entire shadow market economies have filled the voids in the shadows of the crumbling infrastructures of these major American cities, almost entirely hostile to the social norms and legal policies of the nation around them. Even though law enforcement cracks down on these “criminal enterprises“, such black market economies are often the only things keeping these minority communities afloat, because, thanks to the ineptitude of low grade social engineers beneath the grade of state level governance combined with federal level anti-market policies, these minority communities bear the brunt of the economic inefficiencies.

It is clear for those living in constant fear and hopelessness, trapped in a ceaseless procession of funerals for young male victims of violence both by their peers and the very men and women sworn to protect them, that something has to change. For these people I bring an earnest message: There is hope, and its name is Liberty. The oppression you feel from government is real, because government is the natural enemy of free men and women everywhere.

Fear the man who says “If you give me power, I will take care of you“, for such a man knows that his power requires that you remain in need of his care. Instead, seek the man that says, “Help me tear down these walls, so that we may all be free“, for that man wants the same things you do, to be left in peace. I cannot say with certainty that all police officers are not your enemies, because I do not know the hearts of all police officers, but what I can say is that all police officers are often prisoners of the same kinds of walls and oppressed by the same ignorant, petty, leftist social engineering. 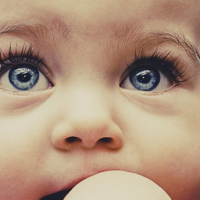 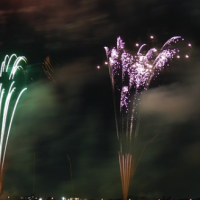