For I have sworn upon the altar of God eternal hostility against every form of tyranny over the mind of man.
-Thomas Jefferson

Whatever your political affiliation, if you love your country, please take a moment and really examine what has become of America today. Drowning in trillions of dollars in debt, subject to a profoundly dysfunctional government, divided by class warfare rhetoric, infested by corrupt corporate lobbies, and tearing itself apart at the seams. If our government is merely a reflection of our society, what does the mirror tell us who we are and is this the best us that we can be?

Ultimately, there’s more than enough blame to go around. The Democrats long ago abandoned the principles of yeoman capitalism and became the party of de facto socialism. The Republicans soon after abandoned the principles of liberty and became the party of carpetbagging crony corporatism. Thanks to the intellectual dishonesty on the left and the moral cowardice of the right, progressive propaganda has permeated the American political culture for over a century.

With each passing generation, the culture has steadily shifted away from the bold individualism of Thomas Paine and toward the timid collectivism of Edmund Burke. Americans, regardless of Democrats or Republicans, by and large, no longer believe society can even function without a government to kneel before. This culture shift has required more than a century to complete, but is undeniably the dominant political philosophy in America since before the Second World War.

As long as Americans believe the statist ethic is superior to the liberty ethic, then government (even as dysfunctional as it is) will reflect that.

Inflation is the fiscal complement of statism and arbitrary government. It is a cog in the complex of policies and institutions which gradually lead toward totalitarianism.
-Ludwig von Mises

Shift this one cultural assumption, even as cemented as it is by time and generational political prejudices, and the entire evil edifice of statist necessity crumbles. Make no mistake, however, there can be no illusion that such a feat is either easy or even within grasp, but so long as this cultural assumption remains unchallenged, there is no escaping the cycle of dysfunction that is only possible when our governing choices are limited to de facto socialists and crony corporatists.

Let’s not be confused, either. No one is talking about anarchy here, being the same ludicrous slander that was leveled at the Framers at the Revolution. A “limited government” with only those powers necessary to secure the life, liberties and properties of its citizens is prima facie dissimilar to “no government” at all. Their rebellion was not against the institution of government itself, but, rather, against the institutional assumptions the nature and purpose of government.

Do a free and equal people need a sovereign king to rule over them, or does this necessarily violate the freedom and equality of the people? Is it possible for moral equality to exist without deriving the necessary moral rights directly from a governing authority? Do moral rights find their source in the “divine authority” of a monarch or the institution of their government or is it intrinsic to our humanity? The Framers clearly had different responses to these questions than are generally accepted now.

That is the decision we shall be exploring together. 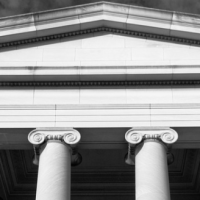 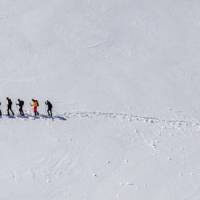 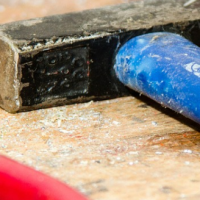 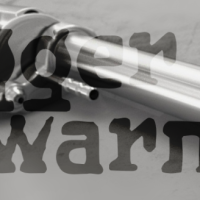