Almost 30 years ago, Ronald Reagan’s campaign created the concept of a “big tent” Republican party, creating a brand of conservatism that both tolerated and, at least to some extent, encompassed a lot of people with different political ideologies that, if for no other reason, could tolerate one another long enough to oppose the growing threat of socialism in American politics. Largely because of the “Reaganism” era, there are many who have come to believe all that is necessary for someone to be “conservative” is for them to declare their opposition to “socialism“.

It will come as a shock to many people that being “conservative” is actually considerably more complicated than believing “socialism is bad“. Yes, socialism is indeed bad, but attacking abstract socialism is something almost literally anyone can do. Even some schools of socialists do it. Merely harping on the well documented failures of socialism, such as the violence of the gulags, the tragedy of the famines, and the inefficiencies of central planning, doesn’t make someone a “conservative” any more than not having fur, not having a tail, and not using a litter box makes one a human being.

Okay, strap in for this next bit.

Being opposed to a proposition (Not(P)) does not unambiguously imply being for another proposition (Q). Opposing entitlement programs (Not(P)) does not mean, as the shrieking hyperbolic left often accuses conservatives, that we want to see the poor suffer and die (Q). However, opposing entitlement programs does not automatically mean that someone is “conservative“. There are, in fact, many alternative economic and political positions to “socialism” and “capitalism“, “collectivism” and “conservatism“. For example, Mercantilism, like capitalism, allows private property, but economic activity is motivated by the enrichment of the state, rather than private profit motive, thus government policy is geared toward supporting domestic production of goods and prohibiting foreign goods (through tariffs and trade quotas).

Notice, however, that neither socialism nor mercantilism are capitalism, and neither collectivism nor corporatism are conservatism. These distinctions matter if only because the conservative capitalist, the nationalist socialist, and a corporatist mercantilist will all oppose Marxist socialists (or democratic socialists), but they will do so for vastly different reasons and, more crucially, with vastly different end goals in mind. So, more directly, what is conservatism?

First, conservatism is based on rationalism, and necessarily rejects emotional appeals and otherwise fallacious positions. Our ideology is founded upon a cumulative argument informed by historical fact, philosophical truth, scientific understanding, and the presumption of evidence. We hold our beliefs because we were handed our beliefs from those who, in turn, had them handed to them, each generation rigorously testing the beliefs, over and over again. In practice, conservatism holds that knowledge must both be objectively verifiable and have stood the test of time.

Third, conservatism views the individual, society, and government as 3 distinct concepts. An individual is a natural person whose natural rights are totally independent of their nationality, race, creed, or any other circumstance of their existence, which includes the society they are born into or the government which is in power where and when they are born. The society they live in is a collection of individuals who share a common history and culture. Government is merely a societal construct, being at best necessary evil, created to provide an objective legal framework to defend the rights of the individual. In practice, conservatism holds that rule of law is desirable to perpetual anarchy, where the standards of justice can only rise as high as the least moral group of armed thugs, however the powers of government should be few and limited, because, historically, government has often been those armed thugs.

Lastly, also following from the principle of the preeminence of the rights of the individual, conservatism accepts that capitalism is the only economic theory consistent with the previous three philosophical assertions. If the rights of the individual are the highest moral good, specifically property rights, then government’s power to interfere with the property rights of individuals is as limited as it is for any other of their rights. As a natural corollary of this premise, since the government has no business in the private activities, personal or business, of individuals, it therefor has no duties either. In practice, conservatism holds government has neither the obligation nor moral authority to interfere with the nonviolent, noncoercive economic activities of private enterprise and should have no policy to enable or to hinder economic activity unnecessary to facilitating trade (with the exception of valuation of currency).

As entertaining as criticizing the naive ideas of socialism may be, tearing down socialism doesn’t bring conservatism one step toward reestablishing a national culture of limited government, free enterprise, and individual freedom that is essential to conservatism. At the same time, continuing to tolerate all manner of different political ideologies and economic theories under the umbrella of conservatism has threatened to make the word entirely meaningless, which only really goes to serve those whom conservatism opposes, so it’s well past time to reassert conservative ideology.

Our goal as conservatives shouldn’t be to tolerate people who advocate bad ideas, simply because their bad ideas “aren’t socialism”. Our goal as conservatives should be to create more conservatives, displacing bad ideas with our good ideas. If personal liberty and national security matter to us in equal measure (and they should), then those are the things that we should focus on, both politically and culturally. We must reignite the “big tent” of conservative thought, so that it welcomes people into see and understand our values clearly and without ambiguity.

My friends, we have a long way to go.

Liberty is For The Win 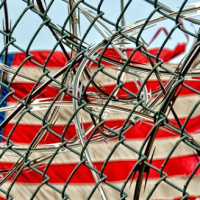