Back in January of this year, I restated the reasons for continuing to support the NeverTrump movement, and those reasons have not changed. As happens, however, I’ve seen a lot of self described conservatives, who once considered themselves part of the opposition to Trump, losing their resolve. They say, “Look at the judges. Look at the tax cuts. Look at the regulatory changes. I don’t like him, but isn’t Trump worth it?“

Even if hysterically naive, it’s a fair question, and, as a conservative, we have to believe that our ideas and opinions are always open for examination. Should conservatives of conscience continue to oppose Donald Trump‘s crony corporatist presidency or, given what Donald Trump has allegedly accomplished over the last two years, accept his glaring character flaws and manifest corruption as simply the price of admission?

Let’s start by looking at Donald Trump’s “accomplishments“. First were the appointments of Supreme Court Justices Neil Gorsuch, and, more recently, Michael Kavanaugh. Then there was the reversal of Obama era regulations that were crippling business interests. The Republicans also tout the tax reform of 2017. Finally, there is his renegotiation of NAFTA and the general state of the economy.

A little more moderation would be good. Of course, my life hasn’t exactly been one of moderation.
– Donald Trump

For the sake of argument, let’s simple take the quality of these accomplishments as granted and move on, even if, in reality, they are as good as could have been expected in any case (more on that in a second), so let’s instead turn our attention to Trump’s numerous faults. Especially if you’ve at least been even sympathetic to NeverTrump, you’ll grant that Trump is, to put it mildly, an imperfect man.

He’s a compulsive liar, a reprehensible husband, a thin skinned narcissist, an anti-social degenerate, an inarticulate buffoon, and these are among his least offensive qualities. Additionally, there’s his laundry list of plausibly impeachable offenses, the shady international questions that hover about him, and that he’s the first president in US history to be openly laughed at by diplomats from around the world.

So, are Donald Trump’s political accomplishments really worth his many despicable and embarrassing faults? Let’s break them all down. First, can it be definitively said only Trump would have nominated conservative judges to the Supreme Court? Given that the list of potential nominees was curated for Trump by the same political think tanks that have always done so for Republican presidents, no, not really.

The point is that you can’t be too greedy.
– Donald Trump

Second, can it be definitively said only Trump would have rescinded Obama’s “pen and phone” era regulations? Given that the Republican Party did nothing but criticize Obama’s regulatory policies for eight years and considering they are influenced by exactly the same political lobbies that were opposed to those policies in the first place, no, not really.

Third, can it be definitively said only Trump would have signed tax reform into law? Given that prominent Republicans, like House Speaker Paul Ryan, have been talking about major tax reform since 2010, had made repealing ObamaCare’s individual mandate since 2010, and practically every single president in our nation’s history, including Barack Obama, has “reformed the tax code“, no, not really.

Finally, can it be definitively said only Trump would have been able to renegotiate NAFTA and continued the economic growth of the last two years? Given that the terms of the new trade deal had already been successfully renegotiated during the previous administration with practically all of the same concessions being made as part of the Trans-Pacific Partnership that Trump abandoned, no, not really.

One of the key problems today is that politics is such a disgrace, good people don’t go into government.
– Donald Trump

And as far as the economy? Given that it is simply a fact Donald Trump inherited a growth economy from Barack Obama, with positive GDP growth, steadily decreasing unemployment, and a stock market setting new records every year, and GDP growth under Trump has yet to clock above the highest points of Obama’s second term growth rates, no, not really. 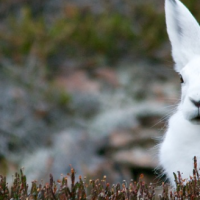 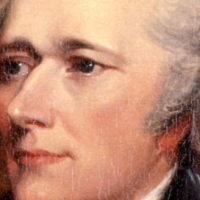