Let’s start with the Baby Boomers, who see Trump as the de facto poster boy for the “Me Generation“. Boomers watched as the country’s culture changed from very “white” in the 1950’s to more multicultural by the 1970’s, all within a single generation. The expansion of wealth and the availability of jobs vastly increased, until the late 1970’s through the 1980’s, as the rest of the industrial world finally returned to productive capacity, and the Boomers have watched our country decline for the last 20 years.

A large portion of Trump’s base consists of a relatively diverse group of uneducated working class voters, but make no mistake, largely because of demographic realities in certain parts of the United States, this group is very predominantly white. Most of these individuals earn their livelihoods in blue collar jobs in manufacturing, energy, and construction. These people were hit the hardest by the 2007-2008 Recession, as well as the continued uncertainty in the market since then, government regulations of their industries, and, most of all, by foreign competition. Trump pandered more to this group than any other in his 2016 campaign.

And, finally, the most controversial portion of Trump’s base consists of radical White Nationalists who have used Trump’s rise to push their agenda along side of his. Trump has, in turn, repeatedly refused to distance himself from this voting block during the 2016 election and for most of his time as president. It wasn’t until the aftermath of violent protests in Charlottesville, Virginia, which resulted in the death of one and injury of many others, that Trump was finally forced, after several tepid and half hearted tries, to condemn them.

Though these groups within Trump’s base are far from being mutually exclusive, in general, each group takes America First to mean slightly different things. To the Baby Boomers, America First means a return to the political and economic dominance of the 1950’s through 1970’s, where the United States was an economic super power and economic expansion was normal. They tend to view Pax Americana with ambivalence, because the only foreign policy that matters to them should be centered on advancing American economic interests and reasserting American industrial dominance.

For uneducated working class voters, America First is almost entirely about jobs. They don’t care about ideology. They don’t really care about foreign policy or social policy, at least no more or less than any other group. What they care about is jobs. They are for anything they believe brings them jobs and against anything they believe takes jobs away. Many of them see immigration and foreign competition as the two biggest threats to American jobs, so both issues are hot button for them. America First is about closed borders and a lot about trade policy.

For the White Nationalists, America First is about their visceral racism and paranoid delusions. Whatever advances “white” causes, such as military power, subjugation of minorities, and American trade dominance, they are for. When they heard Trump talk about closing the borders and punishing China’s trade policy, they nodded their heads, because it affirmed their prejudices against Hispanics and their belief that the only way nonwhites could beat whites was by “cheating“. When they heard Trump talk about fighting political correctness, they took to the streets, because they thought their time had come. To them, America First has been a White Nationalist dog whistle for decades, and they will take it that way entirely independent of what Trump does or says.

There is always a catch…

The point here is that Trump’s stakeholders have invested themselves in America First, because they can take it to mean absolutely anything they want it to mean, so they do. When Trump speaks, it’s in grandiose generalities and more than enough doublespeak that his supporters can hear what they want to hear. If Trump ever actually changes an explicit position, they do him the favor of ignoring the change or, just as often, simply changing their position to match his.

And there in lies the first major problem with America First. His supporters never hold Trump accountable for anything he does or says, and they never will. His supporters have invested emotionally, not intellectually, in Trumpism, which was the very problem conservatives had with “Hope and Change” Obama supporters. Nothing Obama did or said mattered to them, no matter how obviously compromising or contradictory of their espoused beliefs. Now, that same blind faith infects those on the right, and their incoherence is merely a reflection of the meaninglessness of Trumpism.

The real problem with America First lies within its inherent meaninglessness. There is no way to implement policy on an ideology fundamentally devoid of meaning, especially since there are simply too many competing political necessities to meet all (or often any) goals of America First. For example, it should be obvious by now that Trump’s promise to “make Mexico pay for the border wall” is no longer going to happen and was never realistic to begin with, because the persecution of immigrants was incredibly unpopular in Mexico. His promise to name China a currency manipulator never got beyond his Twitter feed, because the realities of dealing with North Korea’s rogue regime made alienating China’s government untenable.

America First is an empty shell, signifying absolutely nothing, and none of Trump’s supporters are ultimately going to get what they want. The root of America’s industrial competitiveness woes do not originate with foreign competition but failed domestic policies (e.g.: personal income tax policy, minimum wage policy, and our ballooning national debt). Americans are too busy shouting angrily out a window when they really need to shut up, sit down, and look in a mirror.

When we’ve taxed trillions out of the market, we shouldn’t be shocked that our economy suffers. When we’ve raised the price of hiring even the least skilled workers in our economy above the wages paid in skilled manufacturing workers practically everywhere else in the world, we can’t be shocked when nothing gets made here anymore. When we are so addicted to deficit spending that we can’t negotiate foreign policy on even terms with international competitors, we can’t be shocked when other nation’s are able to put us over a barrel.

The solution to America’s problem is not imposing the price tags for our dumb decisions onto other nations. Only a fool of a tyrant believes that’s even possible. No, we must look into the dark corners of our own fiscal and economic house. If we want a stronger economy that is more like it was, not like it is, then the surest way to do that is to reduce government spending and power to when our nation’s economic growth was its strongest, the late 19th Century, before progressive era of private taxation and giant government bureaucracy. If we want to make American manufacturing competitive in the global economy, then we need American wages to be competitive in the global economy. 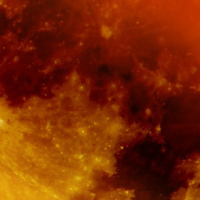 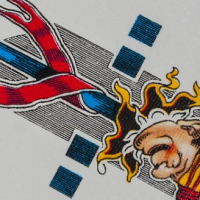 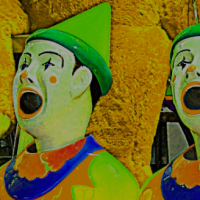